A New Member of the Family

Well Nancy’s gone and done it… 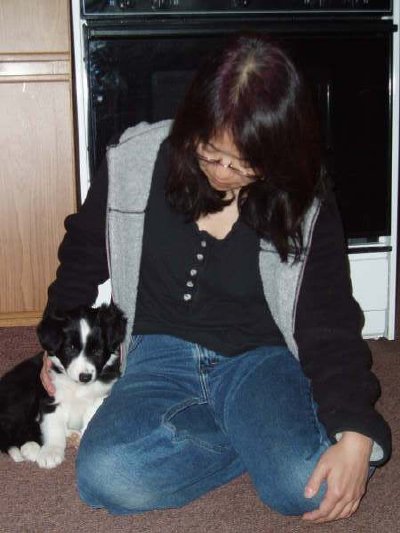 Here are some puppy pictures from Nancy’s visit to the breeder: 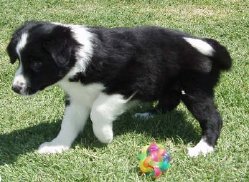 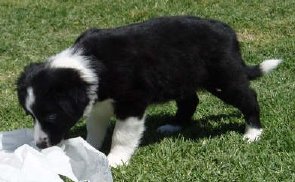 Here are some pictures of the puppy at home: 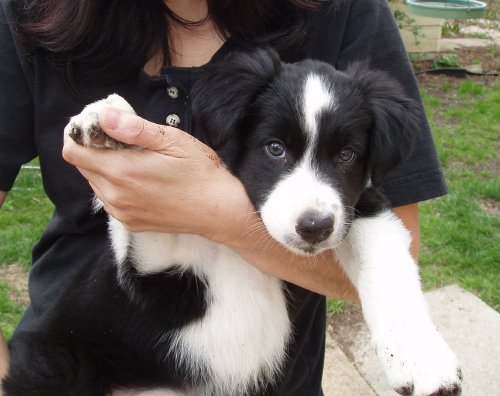 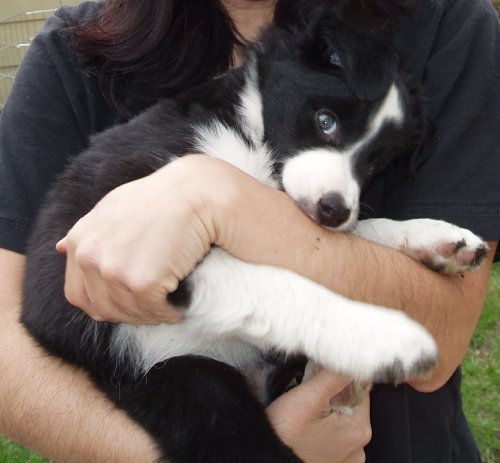 Our very special Mr. Peabody was from the Marshall Kennels when they were in Roseville, IL. My Mom foolishly passed along pictures from their latest litter and the Mom looked just like Mr. Peabody. So over a couple weeks Nancy decided that she was ready for another puppy in her life.

So Nancy and my Mom flew to Phoenix to see the litter. I stayed home with Milo and Meeker. Nancy Reyes at For Your Canine gave us her quick puppy evaluation protocol. My Nancy had also read Suzanne Clothier’s pamphlet Understanding Puppy Testing and had a good idea of what kind of personality she was interested in.

It turns out all the puppies were very resilient to new stimuli of all types, wanted to interact with people, and settled nicely. After all the eye problems Mr. Peabody faced, Nancy took the selected pup to the local Eye Care for Animals and had its eyes checked - they were fine. So the little guy was packed up a few days later into an under seat carrier and Nancy, my Mom and the puppy flew back to Chicago. 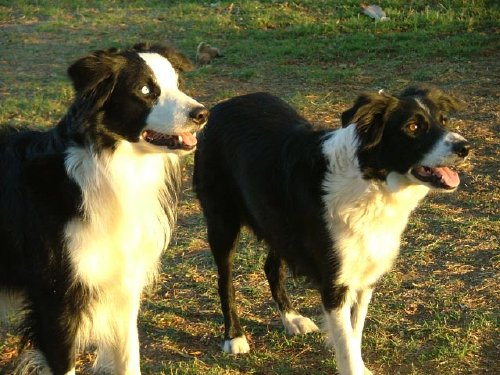 What's in a Name

So you’ve probably noticed that I haven’t mentioned a name for this cute little guy. For Mr. Peabody, Milo and Meeker we had the names in advance and have come up with fitting nicknames afterwards. This time Nancy wanted to see his personality develop before giving him a name.

He is turning out to be quite a smart little guy, with tons of energy and persistence. At nine weeks he is pretty much house trained (he’s never had to hold it for more than 4-5 hours either). He settles in his crate; although he doesn’t want to go in there when more fun is still to be had - so time for some crate games… He is just in love with Nancy and would follow her and chew on her all the time if he could. Just like Mr. P, he tends to sit down in front of you facing startling new things before venturing out to inspect them.

Nervous Milo isn’t too sure what to make of the little guy. He definitely didn’t like having the puppy running under him; but Milo is warming to the little guy. Meeker has been almost “unhealthily” excited by the puppy - once the puppy is older and bigger I have a feeling they’ll be two energetic peas in a pod. Right now we never let the big dogs play with the puppy unsupervised (well the puppy is never out of his crate and unsupervised anyway) - a little of the puppy can go a long way, especially as far as Milo is concerned.

I’ll post some better pictures of him and let you know his name when we figure it out.