This past Sunday night was Milo’s last night. We think he was around 15 1/2 years old and in the end he told us he was ready. He’d had a seizure two nights before that made it very difficult for him to stand and to move on his own. It had become clear he would have a much reduced quality of life and there wasn’t a recovery in the future.

It was looking in his eyes that told me it was his time. There wasn’t the spark, the twinkle there anymore. He wasn’t in pain; with that distant inward focus. But there was a look like he was ready, a contented look.

After we retired him from flyball and agility at around 8 or 9 with mild arthritis in his back he’d been one of the gang. He stayed active and Nancy researched and treated him with a wide range of medicines, supplements and acupuncture to keep him happy and healthy. He loved his weekly swims and especially chasing tennis balls in the backyard.

I’m biased but to me he was a handsome boy, even “movie star” handsome. Here are some photos of him throughout the years: 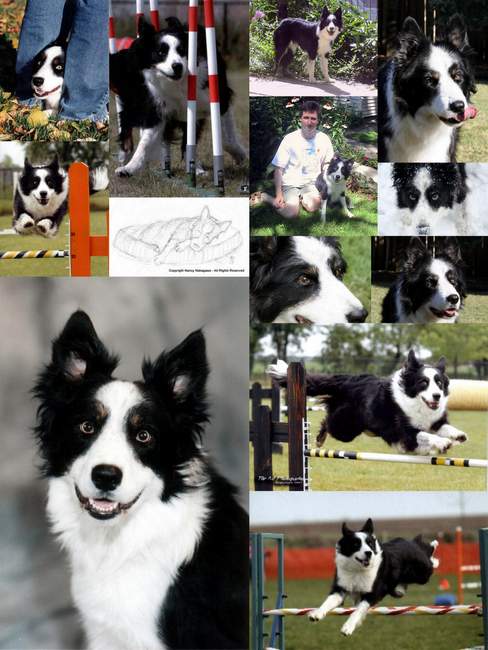 He was athletic and driven for things he enjoyed. In his youth he was a bit of a worrier and he was happy to let the other dogs lead the way. Once he had patterns and routines in his life he gained confidence and his personality blossomed.

Boy did he love flyball. It had tennis balls and jumps and running and WOW! My favorite Milo flyball story was at his first tournament where he bobbled a ball off the box during the warm up and it shot under the ring gating. He rocketed off after it and, instead of jumping the low gates, he pushed them, across the aisle, and into the gates for the next ring - desperate to get his tennis ball.

What I’ll always remember about him was his gentleness. He would butt his head into you and gently lick you hand or arm as you stroked and petted his soft, thick fur.

On that last night Milo licked my hand daintily and pushed his head into my hand as I talked quietly with him. I told him how much I loved him and how much I would miss him; my special “Sporky”.

And when there were no more words Nancy and I held him and petted him as he closed his eyes and we cried our goodbyes.