It isn’t happening as I had planned it, but today is the day! For over a year I’ve been researching breeders, admiring local dogs, asking friends and acquaintances, been on waiting lists and off lists, and I’ve even identified a couple great future breedings for a new puppy. But sometimes things just happen.

Last week I got a call from Lisa at For Your K-9, who has been watching Border Collie breeders and their pups for a number of years, about a puppy at Gail Storm’s Brush Creek Farms that she really liked. He is from a repeat breeding, from a local dairy farmer who works his dogs daily herding cows. There are a number of very nice local agility dogs from past litters.

Lisa’s excitement and some video convinced me that I should go and just take a look at this puppy. Lisa, Nancy, Meeker and I piled in the car last Saturday morning and headed out to Orangeville, IL to see him.

So we held and played with the puppy on Gail’s farm for a little while. Lisa did what I’d call a “field” CARAT test and the puppy was almost everything I could hope for in a dog. He is on the independent side, resilient, has good energy, is appropriate with other dogs and people, and has good speed of arousal and self modulation. He could be a little more biddable, but that just means I’ll have to work harder at keeping him interested in playing with me. Just as importantly, trainers I respect, have told me he has a pretty balanced and solid structure; so there’s hope he will stay physically healthy.

One of these days I’ll write some notes on Suzanne Clothier’s CARAT and the success we’ve been seeing over several years on puppies and dogs who have been assessed as having, what I’d call, performance “profiles” of CARAT traits.

Until we pick him up, and start boring you with our own, here are some wonderful photos Gail took of him playing on her farm: 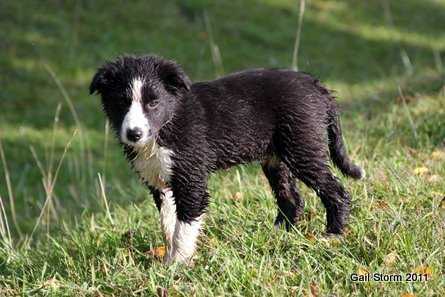 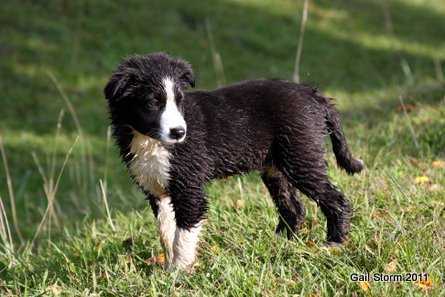 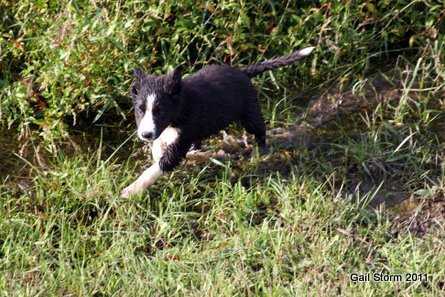 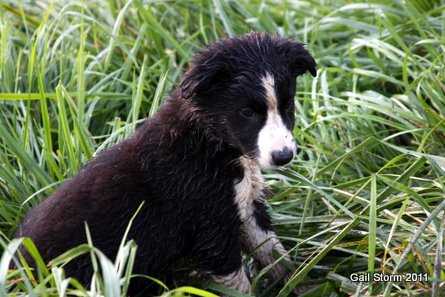 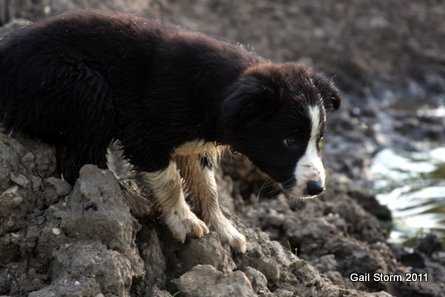 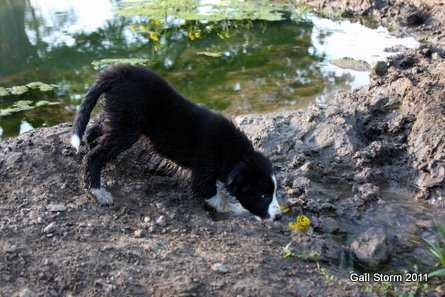 His name? Just like when we got Petey there is no name for this puppy yet. I was all set on “Savvy” but that isn’t going over too well with the rest of the family. “Serendipity” would be an appropriate name but is on the long side… So it will have to be “Puppy” for a while until we find a name that fits.

Most importantly, I just hope I can give him a nice and fun life and we get to be great pals.